I recently had a couple that was relocating to the Denver area and they were looking to buy a home in Highlands Ranch.  They mentioned that they didn't see the need in Colorado to have a pool in their backyard (good thing, as there aren't that many that do) but they did decide that they wanted to be in a neighborhood that had its own smaller community pool. A few days later I had another couple thinking of moving to Highlands Ranch with a similar request.

I had previously wrote a post about what neighborhoods have pools in Highlands Ranch - but since its summer, its hot and it was a hot & recent topic, let's take a peak at it one more time.

Highlands Ranch Real Estate - Neighborhoods With Their Own Pools

If you are looking to buy a home in Highlands Ranch, you probably already know that Highlands Ranch has a very efficiently run HOA, the Highlands Ranch Community Association (aka HRCA) that in addition to many other things houses & maintains 4 very beautiful recreation centers, each with an assortment of indoor and outdoor pools.

But in addition to the rec centers, there are some neighborhoods that have secondary HOA's - some of which also include their own neighborhood outdoor pool.  Often times I do have folks that are relocating to Highland Ranch that specifically inquire about these neighborhoods with their own pools - so here they are (in no particular order).  In general you will find that the Highlands Ranch neighborhood pools are open from mid-May until mid-September and sometimes those dates do fluctuate.  They are also fully gated areas that are locked and only allow access to residents of the specific neighborhood and their guests. Indigo Hill - located at Broadway and Wildcat Reserve Parkway, this Highlands Ranch neighborhood has its own gated community pool that is very attractive and centrally located.

Weatherstone - Weatherstone continues to be one of the top neighborhoods in Highlands Ranch that I receive inquiries about, and among other very nice amenities, the community pool certainly is a part of that.  Weatherstone is located off of Wildcat Reserve Parkway and can be entered on Stone Mountain or Weathersfield Way.

Timberline Ridge - One of the "older" neighborhoods of Highlands Ranch - but older can be better - depends on what you are looking for.  These Highlands Ranch homes often have a bit larger yards, some more mature landscaping, and of course, there is the community pool that is a big drawing point as well.  Timberline Ridge is in Northridge and can be entered from various points off of University Blvd. and Venneford Ranch Rd.

The Highwoods - A gated community in itself, The Highwoods homes start (currently) at about $950,000 and go up from there and its community pool is also coupled with a tennis courts.  This luxurious neighborhood sits high up in Highlands Ranch and many homes offer commanding views of the entire front range. The Highwoods are located off of Broadway and there are gated entrances on Broadway and Gateway.

Falcon Hills - Another gated community - in fact 2 in one - Falcon Hills North and Falcon Hills South was the first gated, luxury & executive neighborhood in Highlands Ranch and has a very nice community pool as well as many other features that help in stand apart from other neighborhoods.

If you are not looking at single family homes in Highlands Ranch, but instead are considering a Highlands Ranch town home or condo, there are also pool communities that cover that as well.

You May Also Want to Read:  Do You Really Need a Buyer's Agent in Colorado? 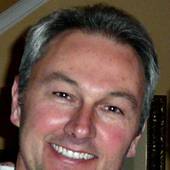