Saw this in news release.

New York Times (08/22/08) A letter from 51 former employees of IndyMac Bancorp to California Attorney General Jerry Brown calls for an investigation into Sen. Charles Schumer's role in the failure of the Pasadena-based thrift. The former workers accuse the New York Democrat of contributing to the bank's collapse by leaking confidential information and questioning whether IndyMac could weather the mortgage crisis in a letter to the Federal Deposit Insurance Corp. (FDIC) and the Office of Thrift Supervision. In the letter to Brown, they write: "From the day Mr. Schumer's letter was made public until the closure of the bank, a run on the bank took place and the failure became inevitable." Over an 11-day period in July, depositors withdrew more than $1.3 billion from IndyMac, prompting a takeover by the FDIC.

I hope it comes out that Senator Charles Schumer is the head of the Senate Housing Committee and a member of the Senate Banking Committee. According to a Federal bureaucrat who stated to the news they had put INDYMAC on the watch list before the Senator's letter which the Senator knew about.

Then why did he do it:

* Maybe he wanted to help insure a continuation of the finance crisis through the Presidential Election He should be held responsible.

Sounds like "D" all the above took place. I'm not a big fan of Senator Schumer...

The senator is a "poser" a political hack and what I mean by that is he is a self promoter for self preservation to maintain a high profile. The Indy-mac thing is baffling. Why would he even care about a bank that was NOT on any watch list and located a few states over from his? They were targeted by him and who put him up to it? That is a very interesting question. He is not that smart and would have nothing to say about it unless it was put in front of him.

Frankly both sides of the isle are guilty of "stupid" but between Chuckie, Barney (I have been asleep for 20 years)Frank and Chris (thanks for giving me a really really good deal Countrywide) Dodd it is very clear they are creating noise more than substance. They should be focusing on Wall Street where the loans come from but no they are now wanting to regulate loans to the point where they (congress) will now underwrite your loans since they know best.

Don't forget the other self promoter, the attorney general from NY Cuomo the guy who thinks it was the appraiser that is to blame for this calamity we face. I think he is starting his 2012 run for president. Look for Chuckie too!

Cuomo was the Secretary at HUD under Clinton and is the same guy that thought it was OK for builders to own their own mortgage companies. Look at the five states with the highest foreclosure rates and you will find the builders with "their" lenders. They put folks into the exotic loans and many didn't even make their first payment (had nothing to do with rate re-sets) but the builder got paid. Seems like a good deal for them. Just a thought.

Sorry about the rant but you can't regulate stupid and bad behavior. Besides with all the bad behavior going on in DC how could you expect a good result?

The consumers are getting screwed again. I hope you didn't have Indy-mac in your retirement folks and I hope you pay attention to how you vote this fall. Sure there was bad behavior in the lending world too but where was the oversight.....where was the SEC....how could a 560 credit score turn into a SIV (sophisticated investment vehicle) and be traded over and over again because after all it was rated AAA? !!

Hi Daniel and welcome to active|rain. There are thousands of tips, tools, and tricks of the trade here. Be sure to check them out. Best of luck and see you around.

May I be one of the first to welcome you to Active Rain - a great place to share ideas, thoughts and perspectives. Enjoy!

Hi Daniel, Welcome to AR, Be a Blogholic and start writing your own blog soon on AR. All the best for your RE business. This is the right place for customers, friends, realtionships etc.

Good Morning, Welcome to Active RAin, You will enjoy this site and it's addictive. Enjoy!

If you would like a few tips on getting the most out of ActiveRain, please visit my blog Welcome to Active Rain.  It has a few simple steps of what to do now that you have joined.

Hello Daniel - Welcome to Active Rain and congrats on your first post.  Be sure to spend some time looking around at what and how others are blogging here.  It is a great education and lots of fun.  Looks like you're off to a great start...keep it up!

Welcome to the Active Rain community. You have chosen a great site with tons of information you can learn from.

Welcome to Active Rain!! This is a great site to network and share ideas!! Have fun with it!!

Welcome to the Active Rain Community!  This is a great site to network, learn, and share ideas with others.  Have a great day!

Welcome to Active Rain, Enjoy and have fun with it.

Hi, welcome to Active Rain! I hope to see more of your blogs in the future. Learn from others, share your knowledge and experiences and enjoy yourself! Take care! ---Kirk.

With 105,710 plus members and counting, welcome to the Active Rain network.  I hope you enjoy your stay!  Should you ever have any questions as they relate to bad credit, credit repair, identity theft, or credit restoration, please do not hesitate to contact me at (954) 581-5050. 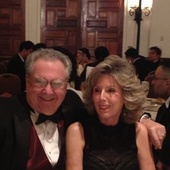