What do you get when you combine a quaint little town amongst hills, tall trees, tailored streets and an Active square? Then you mix in a little...okay, a lot of History, President Sam Houston of the Republic of Texas, a few prisons, massive expanse of State Owned land with grazing horses, cattle, crops and black and white striped workers herded by Prison Guards on horses? Then add up to 17,000 youth at any given time walking Sam Houston State Universities beautiful campus, winning football games, featuring Arts and Academics and is one of the fasted growing schools in Texas?

You get the one and only...

The city began about 1836, when Pleasant and Ephraim Gray opened a trading post on the site. Our land was hilly virgin land with wildlife, tall pines and natural streams galore! Ephraim Gray became first postmaster in 1837, naming it after his former home town, Huntsville in Madison County, Alabama. (Ironically, "Madison County" is also the name of an adjacent Texas County.)
Huntsville became the home of Sam Houston, who served as President of the Republic of Texas, Governor of the State of Texas, Governor of Tennessee, U.S. Senator, and Tennessee congressman. General Houston led the Texas Army in the Battle of San Jacinto into the victory of the Texas Revolution. Houston has been noted for his life among the Cherokees of Tennessee, and - near the end of his life - for his opposition to the American Civil War, a position which was a very unpopular in his day.
Huntsville Texas feels like its History! Walking the square you will stop and read markers talking about how Sam Houston and his friends would sit and play checkers or whittle the day away while watching the comings and goings of the townspeople. Sam Houston State University shares the same area (across the street) from Houston's original homestead. The Sam Houston Museum is built next to his Homestead's and provides a day of History, fun and great sight seeing.

Huntsville was also the home of Samuel Walker Houston(1864-1945), a prominent African-American pioneer in the field of education. He was born into slavery on February 12, 1864, to Joshua Houston, a slave owned by Sam Houston. Samuel W. Houston founded the Galilee Community School in 1907, which later became known as the Houstonian Normal and Industrial Institute, in Walker County, Texas. In 1995, on the grounds of the old Samuel W. Houston Elementary School, the Huntsville Independent School District.

Along with the Huntsville Arts Commission and the high school's Ex-Students Association, commissioned the creation of The Dreamers, a monument to underscore the contributions made by the black community in the growth and development of Huntsville and Walker County.

This is one of the most impressive pieces I have ever seen.

The detail is gorgeous and worth seeing. Huntsville is filled with artistic pieces from many very talented artists.
The faces are created to depict the progression of time, beginning with the youth at the bottom, middle aged at the middle and the elders at top.
Beautiful piece!
Mr. Dan Phillips is a well known "local" gentleman here in Huntsville. Dan is well known for his "unconventional, eclectic" designs of homes. Dan's philosophy is that each and every person in this world deserves a home. Dan actually puts his money where his mouth is too. He collects remnants, old boards, nails, broken glass, chipped concrete, cracked wood and any other "creative" piece of leftover building material and waves his magic hands. Up comes a home fit to be enjoyed by anyone at a cost of at least 1/2 the local average price. Dan gleans pleasure from teaching an Eco Friendly lesson to all that want a home. Dan Phillips is making his own history for our little town of Huntsville, Texas. Please watch this video and enjoy...
I was lucky enough to grow up in the small town of Huntsville Texas and I have many memories there. Our Prison system has always been a seed for jokes...I tell everyone that I grew up on the outside. Ha-ha. I was going to share a story with you that is special to me and not something everyone would get to do!
Back in 19...uh, well, what the heck...1969, I was assigned a special "writing" report for English class. I had a boyfriend, and his father was on the Board of Directors of The Texas Prison System and he was in charge here in Huntsville.
Downtown Huntsville, is the Prison Unit called "The Walls" and it houses the worst of the worst criminals. Many of these prisoners are on death row.
Due to my connection I was allowed to interview a man that was serving life in prison right there at the walls. He was very old but full of colorful information! This man (I will call him George) was serving time consecutively with Clyde Barrow.
Clyde met, and fell in love with Bonnie just after being thrown into one of Huntsville's prison units. He was a part of the labor crew
digging out white rock from one of our quarries.
George knew Clyde personally and gave me incredible insights into his character and attitudes.
George told me a girlfriend was sending Clyde many a letter, love letters at times and angry letters at other times. Clyde was known to be a real Casanova.
Clyde shared a great deal of personal information with the general cell mates which later posed as bad news for Clyde.
He shared a bit too much and some of the details were later used against him in the locating of CW Moss, one of their right hand men. Although Clyde grew up in a poor home, he never really acclimated to hard work. George told me about the day when they were on Quarry duty. The sun was hot, the men were weak and tired and Clyde took his shovel and chopped off a couple of his toes from his own foot.
George said that the day Clyde got back to his cell from his medical stay in the prison was the very day Clyde's news was delivered to his cell. Clyde had been officially released from TDC and would be going home. History tells us that was the beginning, and the end of Bonnie Parker and Clyde Barrow.
George said he believed the "higher ups" had planned it that way just to punish Clyde............................................could be.
div>
Please come visit Huntsville, Texas when you can. There is much beauty and history to be shared.
For more information contact me at
www.brooksprimeproperties.com

and Proud of it!

Deb, thanks for sharing the rich history of your home town Huntsville Texas, buyers who are thinking about moving to Huntsville will appreciate your post. Continued success!

I love Huntsville. I went to school there in the 70's and have always enjoyed going back there from time to time and seeing how much things have changed. Thanks for sharing the story of a wonderful Texas town! 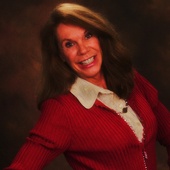