Last month our team was featured in The Mecklenburg Times. It was a fun piece, kind of like how we run our business.

Some people use Facebook to write about what they ate for lunch or other mundane details. Lisa Ludlow Archer has used it to hit pay dirt, generating $1 million dollars in sales in one month based on Facebook referrals.

It’s a marriage that’s paid off — big time: Keller Williams Team Ludlow, for which she is a broker, has already tripled its business from last year, going from 12 transactions in 2010 to 36 transactions so far in 2011.

HGTV’s producers have taken notice of her social media know-how, and she’s been featured on HGTV twice.

Archer is also a co-founder of Geeky Girls, an Internet marketing business she started with Keller Williams agent Laurie Davis.

Your father is the head of Keller Williams Team Ludlow. What’s it like working with family?

My dad is pretty laid back. I usually come to him with an idea, and unless he absolutely hates it, he’ll give it a shot. His background is in computers and with my love of computers that works well. But I don’t know how to do code. He can. I can say, “Can we do this?” and he’ll do it.

How are things at Team Ludlow?

I’ve gone into more of the managerial role. I represent all of the sellers for our team. I just hired a buyer’s agent three weeks ago. I send the buyer’s leads his way. We get 125 buyer’s leads in a month. I need two more buyer’s agents. People are leaving the business in droves and not getting in. I’m sending out Craigslist ads seeking buyer’s agents.

Do you attribute your success to Internet marketing?

How did you get on HGTV the first time?

The first family was a co-worker of my husband who had put in for the show last summer. At the time they were listed with another agent. It was on the market almost a year with no second showing, no offers. I was helping them buy their house. We were looking at a house and they said that HGTV was not interested. I said, “You have to give them a reason they want to feature your story.” In October, I was contacted by the show and they said, “We see you are a mover and shaker in social media in Charlotte.” Then (the buyer) contacted me and said, “We fired our agent last night and we want you to list our house.” And I said, “I was just invited to be on HGTV.” I said, “We are going to market it online,” and we got an offer within five days.

Has your brush with fame led to any business for Team Ludlow?

I’ve gotten two listings from it. I was in my dental hygienist office two months ago, and she said, “You were on HGTV. I need to fire my agent. Will you be my agent?”

Any fun stories from taping the show?

The microphone goes under your shirt, so the audio guy and I became very close friends. We’re Facebook friends now. Sometimes I’ll write him and say, “I miss you touching me.”

Ramsey can be reached at tara.ramsey@mecktimes.com.

If you can make apurchase fun and take the stress out of it, the client will have nothing but fond memories of you. 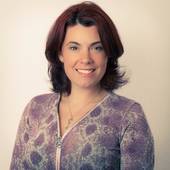 ActiveRain Community over 9 years ago
bookmark_borderbookmark
If the kids don't want to watch the SuperBowl in C...
View more Recent Posts   arrow_forwards