Have you recently gone up to the top of the Aloha Tower while you were in Honolulu? It's really a terrific view over Honolulu Harbor, the downtown skyline, over Kakaako, Sand Island, and out to the Pacific Ocean. Often you might catch an oceanliner docked at the Aloha Tower for a day, but not today. It was all quiet around the waterfront on this absolutely beautiful afternoon.

And, yes, the skyline has changed dramatically with a lot of new apartment and commercial highrises with fabulous views out over the ocean. So today, I thought I would turn the tables, and look back at THEM.

Below is a video that I took from the top of Aloha Tower today.

When I crossed Likelike Highway back into the downtown area, I came to Walker Park,  a Memorial Park with plaques in memory of H. Alexander Walker, Sr., his wife, Puma, and son Henry Walker, Jr. whom I used to work for back in the 1970s. Actually, I was hired by Amfac back in 1970 to be the public relations and advertising director for one of its subsidiaries, Island Holidays Resorts which the company had just purchased from Gus and Grace Guslander. But it was Mr. Walker, the CEO of Amfac, who made sure that my advertising in such publications as TIME and NEWSWEEK gave the proper recognition to its parent company. And when I finally left in 1978 to open up my own public relations office, it was Mr. Walker who sent me the biggest flower arrangement that I have ever received then or since! He was a fine boss.

Caption below: Photo taken of Walker Park looking towards the pier where the oceanliners dock.

Caption of photo below & top of page: This shows Aloha Tower as it is seen from the Honolulu downtown business district.

If you are interested in other historical sites and buildings in downtown Honolulu,

Hella, what a great idea taking video from the top of the building.  It gives so much more rounded of a picture than a still photo.  I like your photo with the fountain too.

Wonderful video and the photos are great as well. Thank you for sharing the history lesson with all of us.

Lisa: I've been wanting to get some shots of some of the apartment buildings, and it's tough from the ground. And from the Aloha Tower I was able to get some great panoramic videos.

Joe: There are still so many more stories, endless really. I'll get to them bit by bit. Right now the downtown/Chinatown really fascinates me.

Gary: The whole downtown area has been revitalized and is fabulous to both work and live. Historical buildings have been renovated and restored. There is theater, restaurants, art galleries to enjoy in the evenings as well, where in the past, the town would empty out at the end of the day. You need to come back and see it now.

Hella loved the video, I could hear the winds from that high up:), Endre

Wow how nice to see a plaque dedicated to your former boss. He must of been a remarkable man.

Endre: Those are the wonderful Tradewinds.

Julie: He was very much respected in the business community as is expressed on that plaque.

Hella, The photo opportunities are so endless where you are. I never tire of seeing the blue skies from the ground up or at the top of the building.

Debbie: You are right, there is so much to photograph and write about, it's almost overwhelming. Will need to do more in and around downtown. Stay tuned.

Hella glad you shared your video, nice to see views from up high, and your photos were beautiful. 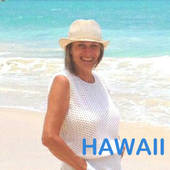