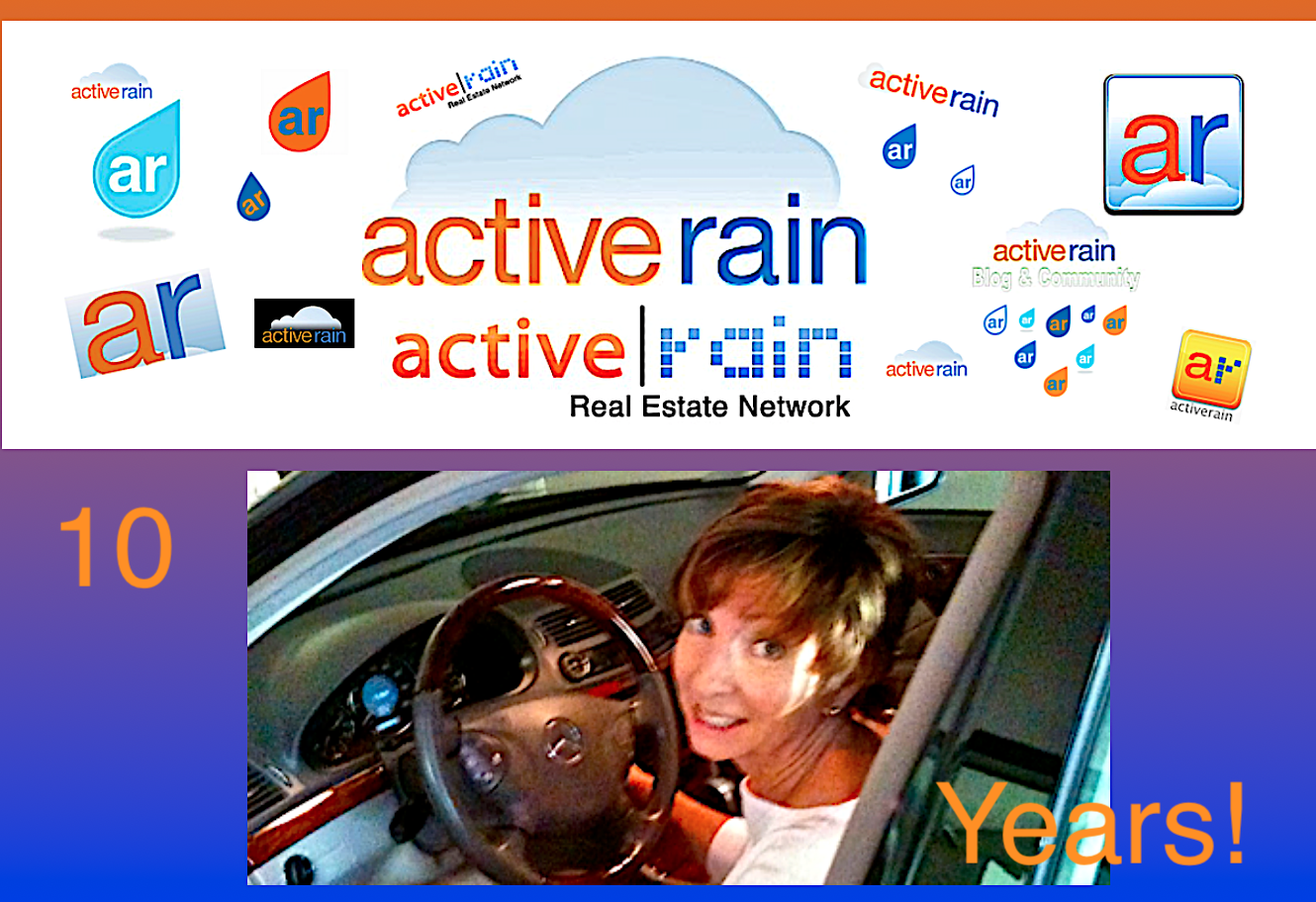 The Life of A Salesperson As I look back to the person who influenced me the most when it came to working as well as ethical behavior,  I would have to point to my dad.  Other than babysitting jobs for neighbors, I was not allowed to have a job until I graduated high school.

As the oldest of 5 children, I could have easily been the designated babysitter for my own family.  My mother would not allow that to happen. She did not want me to be stuck watching my siblings.

My dad was a natural salesman. AS mentioned in my first post, he studied law and met my mother.  They got married and plans for a law career changed.  But he took his knowledge and started a career in Credit and Collections.  Because of his successful sales ability, he ended up opening new territories which led to three moves for the family.  My dad was promoted to Vice-President of Sales for United Mercantile out of Louisville Kentucky. Three of my siblings had to go with mom and dad. I was already married.

When my dad opened the Southern California territory for his company, we had to find a home. We searched for new homes in the San Gabriel Valley, the San Fernando Valley.  This is how I got the bug for real estate.

I know that I got my sales ability through osmosis watching my dad.  Three of us kids became successful salespeople. One of my brothers opened his own box company using sales techniques he learned working with my father at my dad's company.

My first part-time job was at May Company in the Whittier Quad as a salesgirl in the Bedding Department. To this day, I know everything there is to know about sheets, and especially thread count!

This is where I met my future husband who I have been with for 52 years. It was a time when Vietnam Veterans were coming home and starting their life at college. We got to hear the stories of war firsthand.   It had a profound influence on me. Later in life, I would have a son who would become a Marine.  That is a whole other story.

The picture below is Mission Bay California during the 1970 Christmas Vacation.  Could this be why Rick and I spent much of our time at the beach when we lived in SoCal?  I will leave that question for the psychoanalysts to figure out! ;-) In 1971, Rick and I were starting to plan our marriage.  We were figuring out our roadmap for the future.  So I had decided to get a full-time job.  Of course, my dad was there to help.  I got in with one of the companies he called on in El Monte CA.  I worked in Credit and Collections! Go figure!

Rick started working part-time at UPS and continued to go to Cal-State Fullerton. I continued to work two jobs.  In 1972, we were married and we bought our first townhome together (pictured below). As I have mentioned in many comments about renting, I have never rented.  Our first Townhome was $16,500. We had to put $800 down. Payments were $15 more than a 1 bedroom apt.  We had two bedrooms and a laundry room beside a little courtyard.  It only made sense not to rent.

During the time I worked two jobs and Rick worked at UPS and went to college, we saw each other in passing. He worked nights, I worked days and weekends.  I got 1 Sunday off every other week.  This was the only day we had together (twice a month) for a whole year.

NOTE: One thing I learned and have passed down to clients.  Don't buy a townhouse with your bedroom up against the living room of another townhouse.  I look out for my clients. I have 50 years of real estate experience to share with clients.

By the way, those two properties are now valued at more than $900,000! This is why you own real estate.  I love to share these stories. The Rest Of The Story

Shortly after we bought this home, I became pregnant with my first son, Ricky.  My husband had been promoted to supervisor and I had to quit when Ricky was born.  We went from 6 checks a month to 1.

After my second child, Ryan was born, my brother-in-law needed help managing his growing portfolio.  He was a founding partner in a commercial real estate company, that grew nationally.  I was his personal property manager and could take my boys with me when I visited properties. I also supervised the rehab of properties in Pasadena and El Monte.  I was self-employed and this was just a transition to a regular job.

A New Opportunity In Sales

A friend told me of a position opening up for sales in the Temporary Hiring industry. Temporary hiring was really taking hold.  I worked for 4 different agencies. I opened a new territory near the Ontario Airport that was designated Foreign Trade Zone.

I had to do a lot of cold calling.  I liked it but I had to be up all the time.  It took lots of coffee and playing hard rock on the radio to keep me going! LOL!   I was promoted to Managing Director with a national account for my client out of the Ontario area. This was my last position before I took time off.  I didn't work for 10 years.

So during our time off, Rick and I would visit new real estate developments. In fact, when I started developing that territory near Ontario, I found a new development where we bought a new home.

We also did a lot of traveling around the world.  I have visited 22 countries.  I also worked with a personal trainer and did a lot of walking with a close friend.

During our transition to Sedona, I would go back and forth to look for properties with our Sedona agent.  We finally bought our home in Sedona in July 2003.

How Did I Get Into Sedona Real Estate?

The agent who helped us get our Sedona home appreciated our input on the Sedona market.  We were pros when it came to checking out homes. We had been doing this for 40 years and we told it like it was. No holding back.  The agent asked us to check out homes weekly. At one time we were looking to move into a much bigger home, so we were constantly looking at homes with our agent.

I eventually started doing paperwork for this agent and couldn't believe the checks coming across the desk. So I took the real estate exam (featured image) and Rick and I have been at it ever since.

Caffeine and Hard Rock - The Life of a Salesperson!

Link to Post 1 - Family Happens - With or Without A Map Unfortunately, I cannot get this to format properly.  I apologize. I will give it one more shot.

What a lovely story of your professional evolution.  And how wonderful that you inherited your father's skills.  A

Thank you, Ron and Alexandra Seigel -  Rick and I  always laugh about his lifestlye.  He drank and smoked his whole life and lived the longest of all our parents.  Could it be all the golfing?  There was a lot of walking on the golf course well into his late 70s!

Good afternoon Sheri - I absolutely loved your story.  Again the example of our parents gives us our grounding.  I remember visiting California in the early 70's.  Much different place than today.  As far as real estate you and I both did the same things.  Bought early and made out well.

Hi Sheri there is no doubt you are a natural salesperson and I understand getting via osmosis!!  Best way to get it because it's such a part of you - natural!  Fun trip down memory lane with your 'real' start in the real estate biz!  You two knew how to make things happen and did whatever it took to make it all happen!  Love it!

Hi Sheri- I marvel at all that you've done!!! Working two jobs had to have been tough but it certainly paid off!!!  I was thinking about what I was doing in 1971 and getting married was far off!!!  You both have done a lot and raised your sons well.

Your dad sounds like a wonderful role model, Sheri.  I wish every kid in America had that kind of father!

Your advice to not buy a townhouse with your bedroom up against the living room of another townhouse reminded me of why I was so anxious to get out of my first (and only) apartment. The walls were so thin I could hear the neighbor's phone ring.  My house payment was only $5 more than rent and I got the tax benefits. Win!

Having sales skills is useful for every area of life from work to family life.  You and Rick have been on quite the journey together and, obviously, make a great team.  Thanks for sharing your story.

Sheri I knew some of the story and it was great filling in the gaps, I read many posts from other members and how  interesting most of us have the same common denominator to our success, it was our parents ..... nothing further to be said...Endre

Hello Sheri - I enjoyed this post with its many SoCal references along with other familiar local landmarks.   A good read.

I always enjoy learning more about you and it definitely seems like you had a wonderful upbringing.

Thank you very much, Sheri, for sharing some of your interesting personal story.

Sheri, you had an interesting life leading up to real estate.  Cannot believe you ENJOYED cold calling!   I made calls one day, and hated it, and never did it again.  Great title though, it works!

Enjoyed your story and the presentation...

Sheri, even after I read your post, I thought about cold calling later, and thought, caffeine and rock music would DEFINITELY still not work for me!

Oh my Sheri, what a great story and your journey into Real Estate. Your title just grabs attention, and so does your whole story. Great trip down memory lane!

What a great story you had to tell, with a clever title! And you did it so well! Thanks for sharing this!! 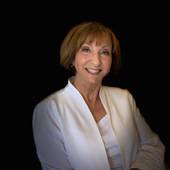