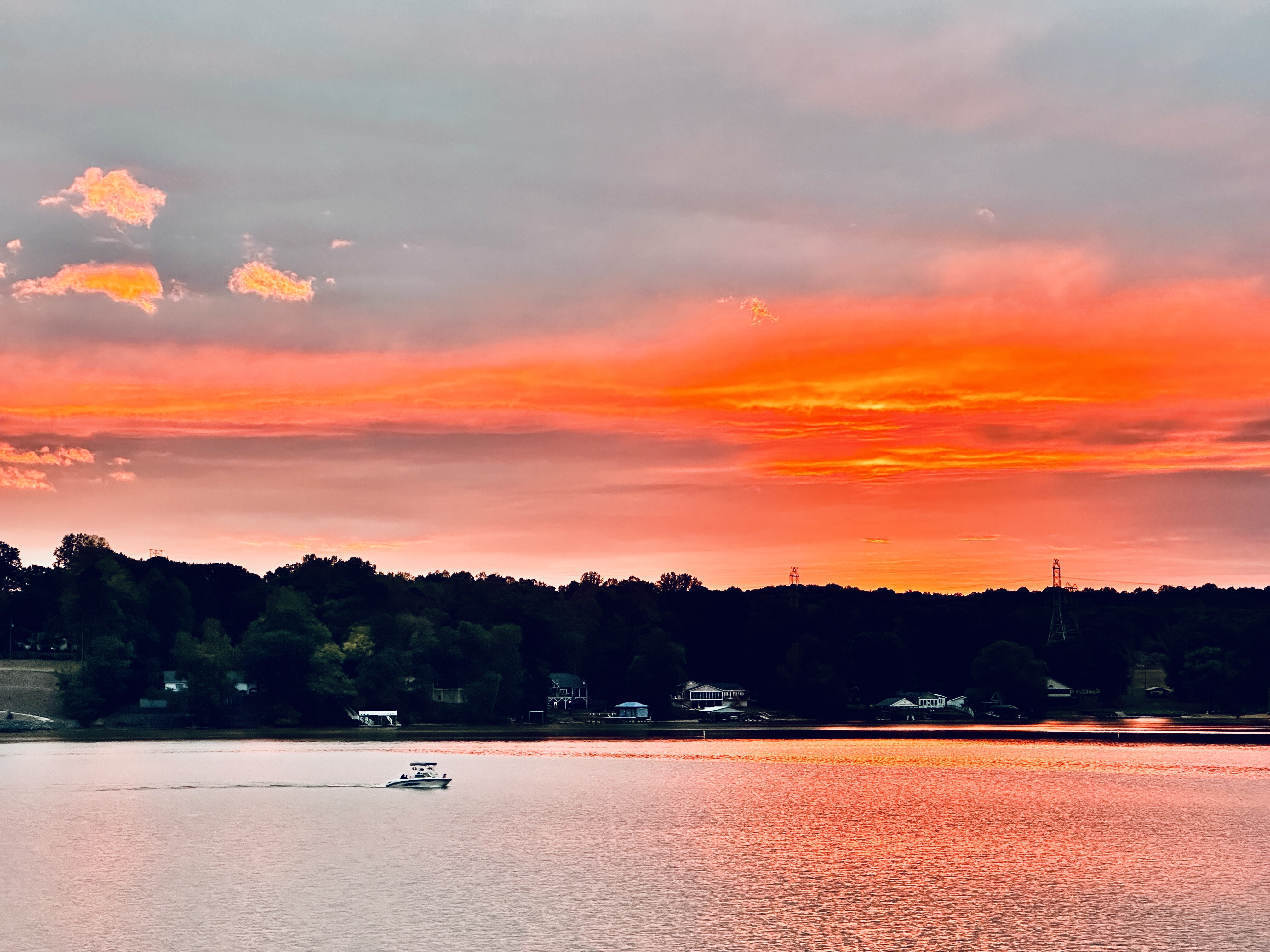 During Ian's run through The Queen City, we had lots of trees and limbs down - all over the city.  Most of our historic areas suffered some century-old tree loss but, we are so thankful to have lost no lives during this hurricane as we did during Hugo in 1989.


During and after Ian, we had massive power outages across the Metro but, today we are down to being under only 500 outages in the area. We lost power briefly but, we were well-prepared with 2 generators filled with gas, extra tanks of gas and plenty of food...& libations, of course!

Imagine our excitement to see the skies part. allowing the sunshine to do her magic and then...the incredibly brilliant red artwork in the sky for our evening sunset. It was almost as though the artist wanted the viewers to be grateful for survival.

That is a truly incredible site that I don’t ever think I’ve seen it that red car for a while at least!

Thanks for sharing your beautiful photograph.

It is good to see that you are safe.

Good morning Debe. The sky art seems immune to the weather it covers on the ground. A bright spot of nature. Enjoy your day.

Wow! That sky is certainly beautiful.

Such an amazing scene in the sky!  Did you hear that Wayne Martin?  They were never in danger of running out of adult libations!

Wow, just wow. What an amazing photo. Have a great week, Bill

Beautiful photo.  Kudos to the crews returning electric so quickly.  And most importantly kudos to you for understanding the importance of libations for such events.  m

Such a beautiful sky to ease a little of the strain caused by Ian. Hope all is restored quickly as well.

Glad you are safe from the storm and what a beautiful sky pic Debe! Thanks for sharing!

Debe that would make a gorgeous photo to enlarge, frame it, and hang on a wall.

Hi Debe- absolutely stunning!!!  Mother Nature can throw storms our way then turn around and share that beautiful sky.

Love the photo Debe! I can only Imagine your excitement to see the skies part and let the sunshine rain down on all of you. So glad not too much damage and power is being restored. I do believe the artwork in the sky was a sign to demonstrate gratefulness for survival!

Nature can be so destructive and ethereally beautiful at the same time, Debe. Glad all is ok and still praying for everyone adversely affected by Ian!

Hi Debe,
So glad to hear Ian didn't cause any major damage in your area. Sometimes mother nature gives a beautiful show after her fury, like that gorgeous sunset.  My heart goes out to those who were less fortunate.