9 Comments
Most of us in the sales profession were shocked last week (November 28, 2012) to learn that a motivaional hero, and one of the world's most preeminent anecdotalists passed away at the age of 86 after battling Pneumonia. As a young man trying to make his way in this profession, I became discourage...

How Hard Can You Get Hit and Get Back Up!

4 Comments
The sixth installment of the Rocky franchise starring Sylvester Stallone hit theaters in 2006 entitled simply "Rocky Balboa." Many thought that a movie about a now sexagenarian Balboa (Stallone) who gets a shot to fight again against the current heavyweight champion to be far-fetched at best. The...

Don't Ever Let Anyone Tell You You Can't Do Something!

11 Comments
I love the movie "The Pursuit of Happyness." It's a movie based on a true story staring Will Smith who plays investment stategist extraordinnaire Chris Gardner whose well-documented struggle to become a world renoun bond trader included being a homeless single dad with a young son. Smith played t...

Your First Year In Real Estate: What To Expect

2 Comments
As a recruiting director, I speak to many new agents who have absolutely no idea what to expect when they start their real estate career.  There are just too many competing ideas, and frankly there are a lot of brokers who do not share the full story. As you probably already know, getting past th...

1 Comments
I ran across this video from the Mike Ferry Organization.  It's an expired listing role playing call.  This is a crucial to learn for the experts in our industry.  I especially like the line, "So there are over 7000 agents in this area and you've only gotten 7 calls this morning.  Don't you think...

0 Comments
I ran across this Instructional video describing how to generate leads using search engine tools optimized for mobile phone use. I use a lead generation system similar to this one and it works well. I'm interested in what your thoughts are. Check it out: '

If not forced, Would you Join the NAR?

5 Comments
As most of us have come to learn after paying our dues to the copius national, state and local associations, fees increased this year. Robert Friedman of NAR assured us in the October Issue of Realtor Magazine that these fee increases are to fund the new political action committee arm of NAR call...

ZipRealty Gives Away a New Mercedes for Summer Sales Contest

0 Comments
Congrats to Jeremy Fershleiser for winning the Grand Prize for our Summer Sales Contest. Jeremy won a New Mercedes Benz. At a time when other brokerages are cutting back, we really want to reward our agents for their hard work! '

1 Comments
I talked to a good friend of mine who originates hundreds of loans every year for a major lender. He doesn't have a team. It's just he and his assistant. I asked him what percentage of the loans he wrote over the past year (He was the #1 originator during that period) were federally insured loans...

What Do Gold, Oil and Real Estate Have In Common?

2 Comments
The price of Gold has skyrocketed. Anyone who hasn't been living under a rock knows that the price of Gold has increased ten fold over the past ten years. The price of oil is no different. In 2008, the average price of a gallon of gasoline was $1.61. Now it's triple that in many cities. What man...
Previous 1 2 3 4 5 Next
Back to Top Archives
Rainmaker
54,837 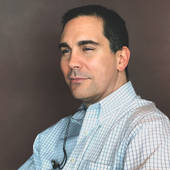