As seen in the Aspen Times

ASPEN — Aspen's anemic real estate industry got a boost Friday from the $43 million sale of a Red Mountain mansion. Cheek Subdivision LLC of Addison, Texas, sold the home to 421 Willoughby Investors in a deal that closed Friday and was recorded with the Pitkin County Clerk's office on Monday. “It was a straight, cash deal,” said Newton Bartley, a real estate agent with Joshua & Co. who represented the buyer. Joshua Saslove, president and founder of the firm, represented the seller. The big transaction reinforces the claim of many real estate agents that Aspen is the type of market that will continue to attract wealthy buyers capable of pulling off expensive cash deals despite the recession. The house at 421 Willoughby Way has 21,477 square feet of total heated area, including nine bedrooms and 13 bathrooms, according to records at the Pitkin County Assessor's office. The assessor's appraisal for 2009 placed the actual value of the property at $50.31 million. The house wasn't listed for sale. The buyer became interested in the property toward the end of last ski season and eventually was able to negotiate a purchase with the owner, Bartley said. He wasn't authorized to release any information about the buyer. The listed agent for the buying firm was Chris LaCroix, an attorney with Garfield & Hecht P.C. in Aspen. He also declined comment. The seller is a firm managed by Daryl N. Snadon, a Dallas-area businessman with a wide range of interests. He is the owner of Beltway Development Co. and Beltway Commercial Real Estate, according to the company's web page. The firm develops and leases office, retail and industrial properties, primarily in the Dallas area. Snadon is also director of a company that makes paintball gun barrels and accessories. He is a co-founder of Chamberlain's Prime Chop House. Snadon's Cheek Subdivision LLC acquired a lot in the Cheek subdivision on Willoughby Way in 2003 for $7 million, then acquired transferable development rights to build a house larger than allowed by right by Pitkin County land-use regulations. The assessor's records indicate the house was completed in 2006. Snadon has two other houses listed for sale in Aspen, one for $19 million and another for $12 million. Joshua & Co. said in a press release that the $43 million transaction was the largest sale of a single-family residence in the country so far in 2009. A spokeswoman for the National Association of Realtors office in Washington, D.C., said Monday it had no way of verifying the claim because it doesn't track individual sales. Forbes.com reported in June that 2009 is shaping up as “a bad year” for sales of America's most expensive residential properties. “No one is buying $100 million homes,” Forbes reported. “Few are buying $30 million homes.” scondon@aspentimes.com

Mike - Wow, quite the sale.  Interesting how sales of these kind rarely involve a "practicing realtor".  I moved from Aspen to Sandpoint, idaho several years ago.  I love Sandpoint (great skiing, huge water, etc.) but I do miss the"Valley".

When I moved, there were a fair amount of Aspenites moving with me to the Northwest.  Let me know if you here of anyone wanting to head this direction.  I would look forward to getting into the referral business with you.

how much would an acre of mountain land cost in aspen co?

Great sale, wish we had some product that expensive here! 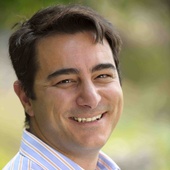