Today was the second annual "Above Par for Animals" Golf Ball Drop from the REMAX Balloon, and we are happy to report that it was a big success.  The festivities started this morning at 10 A.M. at George Nahas Chevrolet in The Villages. morning engagement (who ever heard of a hot air balloon getting stuck in traffic?), but there were plenty of other things going on in the meantime.

During the entire festivities, lunch was being served by our friends at Landmark Mortgage.  That was a warm job on a day like today (85 for the high), but they kept at it the whole time (and did an excellent job too!).  A silent auction was going on all morning, followed by a live auction after the golf ball drop.

The Humane Society of Sumter County brought in some pets for adoption (and a bit of loving while waiting for just the right human to come along).  Max (short for REMAX) who is himself an adopted pet, oversaw much The people involved in this function and the months of preparation leading up to it are countless, and we want to thank every one of them for a Job Well Done.

We hope to see you next year at the 2015 Third Annual "Above Par for Animals!"

Hi Mary Kay and Chris, Great job and I would bet that many people look forwqard to this great event. Congratulations on a job well done.

Great charity as everyone loves dogs and cats. Thanks for sharing.

Welcome back, Chris. Yes, how does a balloon get stuck in traffic.  Sounds odd.  Anyway, Max is a cutie and looks like one of my customer's dogs from yesterday.  Glad it was a success.

Oh gosh, I see you moved. I was wondering how your weather was so much warmer than ours. That explains it.

Hello Mary Kay & Chris ... Great event and love the photos, and featured to the group:

EXPRESS WITH PHOTOGRAPHS AT ACTIVERAIN

Hi Mary-kay and Chris, This event sounds like lots of fun, too bad you are so far away from PA!  What a great fundraiser for the animals, good job!

Thanks for the Feature Bob!!  I had tons I wanted to post; maybe I will do more now that it can be Foto Friday.  :)

Yes, Debbie, Florida is the place for us.  Now we are only too cold when someone gets too aggressive on the AC setting!

Hi Bette, Hope to do this again next year!

William and Kristin - I have to get used to only some of the comments showing at one time!  :)  Thanks for stopping by and sharing this event. 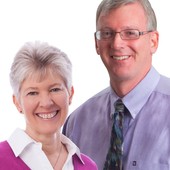