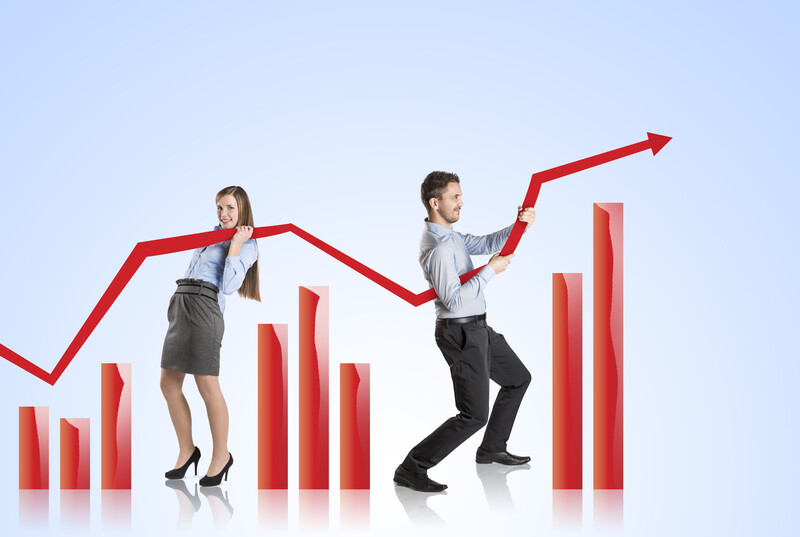 Progress Report  A progress report is an assessement that takes place during a project or a process.  I also think of it as a "check in" of sorts.  Generally, I don't like to intrude. On people.  Their time.  Or space.  Things like that.  That said, it may seem odd to some for someone who has spent much of his life in sales-related fields to admit something like that but that's who I am.  Each of us finds what works for us.  Hopefully.  Each of our strategies reflect who we are.

A few weeks ago, I was thinking about  some people. People from ActiveRain.  Some who have moved on from this platform for a number of reasons.  Known and unknown.  I decided to reach out to three of them through the AR mail system. Just to check in and say hello.  Not particularly intrusive, right?  Two of the members I had spoken with and one we traded comments on posts.

I was happily surprised when I received a quick response.  That first response came from Joanna Cohlan.  You may remember Joanna as the savvy voice behind Fresh Eyes For Your Home.  She's a talented New York interior designer and stager who I have had the pleasure of speaking with and following her smart posts and spot-on comments on ActiveRain.

Through the magic of email, we were able to catch up with the latest news in each of our lives as well as some of the most recent movies(a long-time favorite of both of ours).  A positive experience.   Next:  I am sure a phone call is sure to be a part of the story.

Oh and by the way --- tomorrow, January 11 is Joanna's birthday.  Here's to celebrating in style.  As only Joanna knows how to do.

Groups:
Almost Anything Goes
Introverts are (Sales) People, Too!
The Ninety-ninth Percentile
Addicted to Active Rain
Activerain and Member (Plugs)

There are a lot of people who have "disappeared" from this platform and I often wonder how they are doing. Sometimes we just don't make the effort. so Good for you for keeping in touch, Michael.

Jane Peters - I definitely don't make enough or quality time for far too many people.  From ActiveRain and in real life.  It's definitely an area where the report card would say "Needs Improvement".

Michael - Good for you for reaching out to Joanna Cohlan - I simply adored her and the excitement she brought to ActiveRain with her exotic trips, like to Morocco and sharing her Interior Designs. As far as I can tell, she always had an eye for the extraordinary and not the ordinary.

Thanks for checking in with Joanna and reporting back to us!

Patricia Feager, MBA, CRS, GRI,MRP - I had nearly forgotten about some of those interesting trips - thanks for mentioning it.

What a wonderful progress report. There is someone who used to post on AR. I reached out several times to no avail. It's great you were able to reach Joanna!

Kathy Streib - thank you much.

Kat Palmiotti - people come and go through the "halls" of ActiveRain.  Some we "see" often. Others occasionally.  And then there are those who are no longer
found" for one reason or another.  It's a lot like life.  Each day matters.

That's wonderful that you and Joanna enjoyed a reunion of sorts. I'm sure she appreciated hearing from you!

AT THIS MOMENT  I am deciding whether or not to ask someone how the project is going as we have a tight deadline. Augggghhhhh!!!!

Sharon Tara - she's always been a positive person whenever we have connected.

John Henry, Florida Architect - hope the answer is the truth and to your liking...

Truly inspiring that you took the time to reach out to an old friend. Thanks for sharing.

Joanna Cohlan is simply lovely. She is a delight in person too. Very outgoing, effervesant, and worldly. Add has plenty of kindness and a good sense of humor. We miss her in the Rain, but I know life keeps one very busy. How nice of you to reach out and say hello.

Cindy Bernstein - nice of you to say.

Debb Janes EcoBroker and Bernie Stea JD - although, I have not had the pleasure of meeting her in person, I feel all those things are true about Joanna.

Hi Michael Jacobs, how nice and thoughtful of you to reach out to Joanna. Some of us may no longer be on this platform but still part of the AR family.

Beth Atalay - so true.  It's nice to "see" you and others when they appear here or on other social media sites.  Although seeing in real life hasn't happened for us, it's nice to hear those kinds of stories too.

Congrats on Kathy featuring your post this week!  I can see why she did!

Kristin Johnston - REALTOR® - and thanks for stopping by with a comment.

Thanks for updating us on Johanna - I love (loved?) reading her posts -